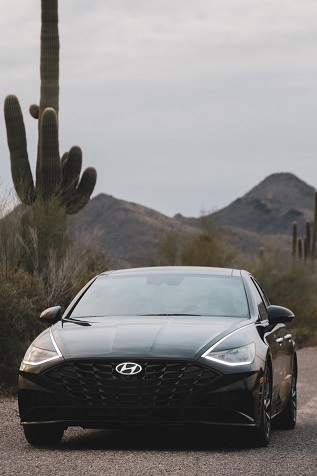 The time has finally come: your teenager is learning how to drive. This is a pretty exciting time in the life of a teen, but for parents, it’s mostly just scary. You worried about them enough when they were falling off their bikes. How are you going to keep them safe in an automobile? It starts with choosing the right car.

With these things in mind, here are the best used cars for teens. They are safe, reliable, and best of all, they are all under $10,000. Every one of these vehicles ranks well in crashworthiness tests performed by the Insurance Institute for Highway Safety (IIHS).

The Genesis is a luxurious rear-wheel-drive sedan that was a top safety pick by the IIHS. Your teen will love its audio system and plush interior, and you’ll love the peace of mind you’ll get from knowing your teen is in a secure, reliable car.

The Avalon is a large sedan with generous space for passengers and reclining rear seats. Its interior has been compared to that of a Lexus.

The Fusion is a midsize car with a roomy trunk that handles well. It is available with an automatic or manual transmission. It was an IIHS top safety pick.

The Audi A3 was a top safety pick for the IIHS. This midsize car is a five-seat hatchback with dual-zone automatic climate control, satellite radio, and leather upholstery.

The Buick LaCrosse was a top safety pick for the IIHS. This large, four-door sedan has a luxurious interior and a four-cylinder engine. It is available with either front- or rear-wheel drive and features a seven-speaker audio system.

The Saturn Outlook is a large, four-door SUV that has an eight-passenger capacity and handles well. The vehicle was a top safety pick for the IIHS.

The Toyota Prius was a top safety pick for the IIHS. This five-seat hatchback is a high-mileage hybrid vehicle with both gasoline and electric motors.

The Honda Civic was #1 on U.S. News & World Report’s list of the top compact cars in 2012, and it was a top safety pick for the IIHS. The car has lower than average maintenance costs.

The 2009 Acura TL has a modern interior that seats five comfortably. It was an IIHS 2009 top safety pick and comes standard with a USB port, sunroof, Bluetooth phone connectivity, satellite radio, and leather seats.

The Toyota Highlander is a midsize SUV that has room for five adults and a third-row seat for the kids. It was a 2008 IIHS top safety pick.

If you’re looking for the best used cars for teens, this list is a good place to start. If you live in the Phoenix area, head on over to Auto Action’s extensive inventory for a great selection of used vehicles that are both safe and reliable.