The Most Fuel-Efficient Used Cars 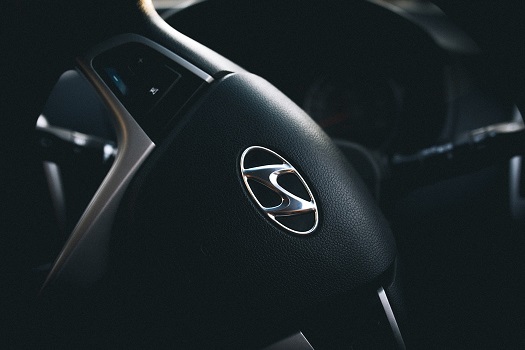 When it comes to buying a used car, fuel economy is always one of the key factors to consider. The most fuel-efficient used cars are perfect for a long daily commute or nearby errands or to simply pick up the kids after school. If fuel economy is something you are considering in your next car, the best fuel economy is found with vehicles that have four cylinders. The number of cylinders found in an engine relates to its overall performance, a big part of that relating to fuel efficiency. Four-cylinder engines are known for their straight inline configurations while V6-cylinder engines are named for their “V” shaped configurations. V6 engines were long the engine of choice for American automakers—powerful, quiet, but not that fuel inefficient.

If you are looking for fuel economy in your next car, here are some of the most fuel-efficient used cars when considering your next purchase:

Honda
Hondas are known for their reliability, dependability and excellent fuel efficiency. Over the years, the Civic has been able to continually lure buyers because of its impressive fuel economy. Depending on the year, the Civic MPG ranges from up to 30 city/41 highway some years down to 26 city/34 highway other years.

Nissan
Nissans are also known for their reliability, but also their safety. Like the Civic, the Nissan Sentra makes the most of its base four-cylinder engine’s power. The Sentra achieves a range of up to 27 city/34 highway mpg to 30 city/40 highway, depending on the year. Nissan Altima is an affordable midsize car. Its standard four-cylinder engine is noted for its power, and a V6 engine is also available. The Altima four-cylinder sedan and coupe get an EPA-estimated 23/32 mpg city/highway, while the V6 sedan and coupe get 20/27.

Chevy
Chevrolet offers several makes with excellent fuel efficiency. The Chevy Cruze has great safety scores, an upscale interior, pleasant handling, and refined engine options. Its fuel efficiency is an impressive 28 mpg city up to 46 mpg highway. Chevrolet Sonic earns praise for its nimble handling and smooth ride quality and drives like a more expensive car. Sonic comes with a four-cylinder engine or an available turbocharged four-cylinder engine. Its highest estimates are with the six-speed manual and turbo engine, at 29/40 mpg, which is excellent for a subcompact car.

Ford
The Ford Fusion is an excellent midsize car with very good fuel efficiency. It is a car for families that need the practicality of a family sedan and want well-rounded performance. The four-cylinder Fusion gets up to 23/33 mpg city/highway. Ford Focus (sedan and hatchback) balances crisp handling with a smooth ride, and the engine provides good pep for city and highway driving. When paired with the manual transmission, it yields a decent fuel economy of 26 mpg in the city and 35 mpg on the highway.

Toyota
An excellent reliability rating helps propel the 2014 Toyota Camry high in the midsize car class. Toyota Camry is a great used car. It boasts a big interior, a class-leading reliability rating, and lower ownership costs than its primary rivals. You’ll get good fuel economy with a standard four-cylinder engine, with a 25 mpg city and a 35 mpg highway.

Mazda
The Mazda3 is one of the best-performing used small cars, and it has a quality interior, class-competitive list of interior features and good safety scores. The Mazda3 is more fun to drive than a number of competitors, plus the fuel economy ratings range from 25 city/33 highway mpg to 28 city/40 highway mpg, depending upon the model year.

Hyundai
Hyundai Elantra ranks toward the top of its class for its excellent fuel economy ratings, ample cargo and passenger space and outstanding safety scores, and outstanding, 28 city/38 highway mpg. The Hyundai Accent provides a roomy interior and a comfortable ride, with a 28 city/37 highway mpg.

If you’re in the market for a quality used car and live in the Phoenix area stop by one of our convenient locations. You may also browse our extensive inventory here.